So if you know me than you know I love books, especially fiction. I’m not afraid to say it. Stories have impacted my life. I spent five years in college studying literature so I’m a bit of nerd in that respect. Jesus seemed to love fictional stories to because He used them to teach the crowds in the gospels. So I feel like I am in good company. So all that to say, I figured some people might be curious about what kind of books I read. I know I am always curious about what books have impacted others lives. So here you go. The top 10 most influential fiction books in my life so far: 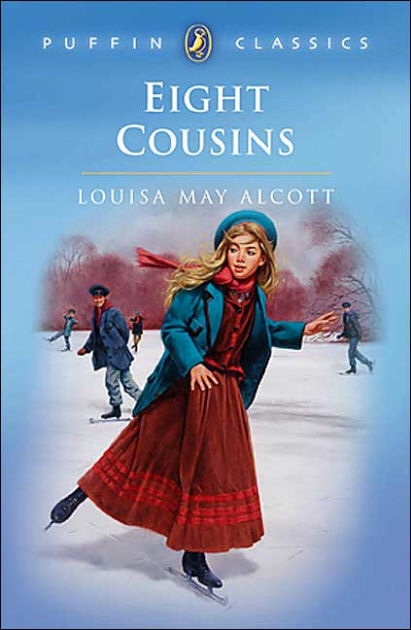 This book is literally one of my childhood favorites. I think most people probably know Louisa May Alcott from her more popular book Little Women, which has been made into movie several times. I have always loved Eight Cousins more. It is about an orphan who is adopted by one of her many uncles and moves into the same town as all her other extended family, who have seven boys cousins between them all. It is just one of those classic, wholesome, beautiful, stories about family and belonging. I think Louisa May Alcott was ahead of her time back in the 1800s because she really wrote from the perspective of a strong woman when feminism was barely beginning in America. Her style of writing is so full of love, life and beauty yet strength. It is one the top books I want my kids to read as soon as they reach that reading level.

Vienna Prelude is the first book in a very long historical fiction series beginning with Pre-World War II in the 1930s and ending with the Israel becoming a nation once more in 1948. This was the first book series I read that was written from multiple point of views between characters. The depth of perspective and narrative is so rich written in this way. I love that Brock and Brodie Thoene write as couple. Though Brodie is the main writer, Brock provides the research. Their books are so historical accurate they actually have been taught in college history classrooms. History came alive to me in this books series. These books follow the Zionist movement that spans across two decades of history. The land of Israel will always hold a dear place in my heart because of the characters that came alive in these books, and especially this first book which introduced me to the series.

So back in college I took a YA Lit class. The Hunger Games was the first book we read that semester. Up until this class I had always overlooked the YA genre of literature. This is actually the point my YA Lit professor made. She said the YA genre more than other genre influences the next generation, both at its worst and at its best, but most people in the literary world don’t give it the attention it deserves. YA Lit has less rules than other genres and literature styles, you can really push boundaries. At the time Hunger Games was hot of the presses and the first film was about to be released. I just remember, as I was going through the process of reading and analyzing the book with the rest of the class, how influential this genre could be if used right. And yeah, I did enjoy the Hunger Games too. It is good story. Ethical conflicts, romantic conflicts, power conflicts…lots of conflict, which always makes a good story. Still not completely happy with the ending, but that’s dystopian YA literature for you.

Wow. So growing up as a christian I had always heard about spiritual warfare and demons and angels and all of that. But most of the literature or even films out there are either completely evil or way over the head of a kid. At the time there was not a lot of good fictional stories from a Christian perspective on this topic that were relatable to a teenager. My grandmother actually was the one that encouraged me to read This Present Darkness. It is a fictional story, but it just puts flesh and bones on the spiritual war around us. Before reading this book I always thought prayer was super boring; it totally transformed the way I prayed. I am so thankful for Peretti’s ability to write visceral stories about evil and good. Also the sequel to this book Piercing the Darkness is a powerful read too! 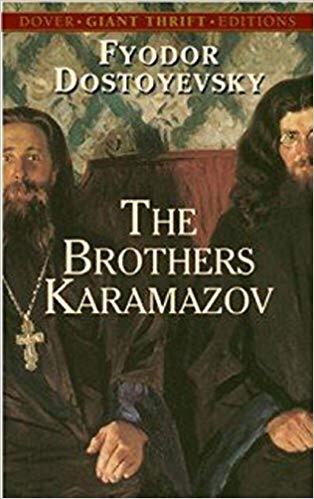 This was a book that was a marathon to read. I’ve read a lot of classics, but in highschool I started reading a lot of Russian literature. I picked up this one thinking if I read this I would feel really proud. It was originally written in Russian, so obviously it was an english translation. It took me a year to read, but I did it. It is probably one of the deepest novels I have read even to this day. There were words in it that I actually had to look up. The story itself is just about three brothers trying to understand themselves and the world around them. I make it sound really simple by boiling it down to one sentence like that. It’s anything but simple. But I challenge others to read it. It is a very thick book!

I love all the Narnia books, but the Horse and His boy will always be my favorite. I think I just love stories about restoration. Children being brought into their rightly family and restored to their identity is just powerful. I’m currently reading this book again to Isabelle. I am reminded of how C.S. Lewis so creatively weaves such deep truth into children’s stories. There is just so many layers to every scene between Aslan and Shasta, especially since through most of the book Shasta does not even realize it is Aslan. So yeah, it is hard to pick a favorite C.S. Lewis book because they all have influenced me greatly. But this one I’ve read so many times!

Not sure how many people have heard of this book. But I think it was the first book I read about Jesus in a fictionalized story. It follows a young Jewish zealot who lives in the mountains above Galilee. He eventually meets Jesus and it flips his world upside down. As a zealot his world is about violence, revenge and hate and Jesus is sorta of the opposite of that. I won’t ruin this story, but I literally read this book like six times when I was a kid. And you will cry. It’s that good. So go read it. 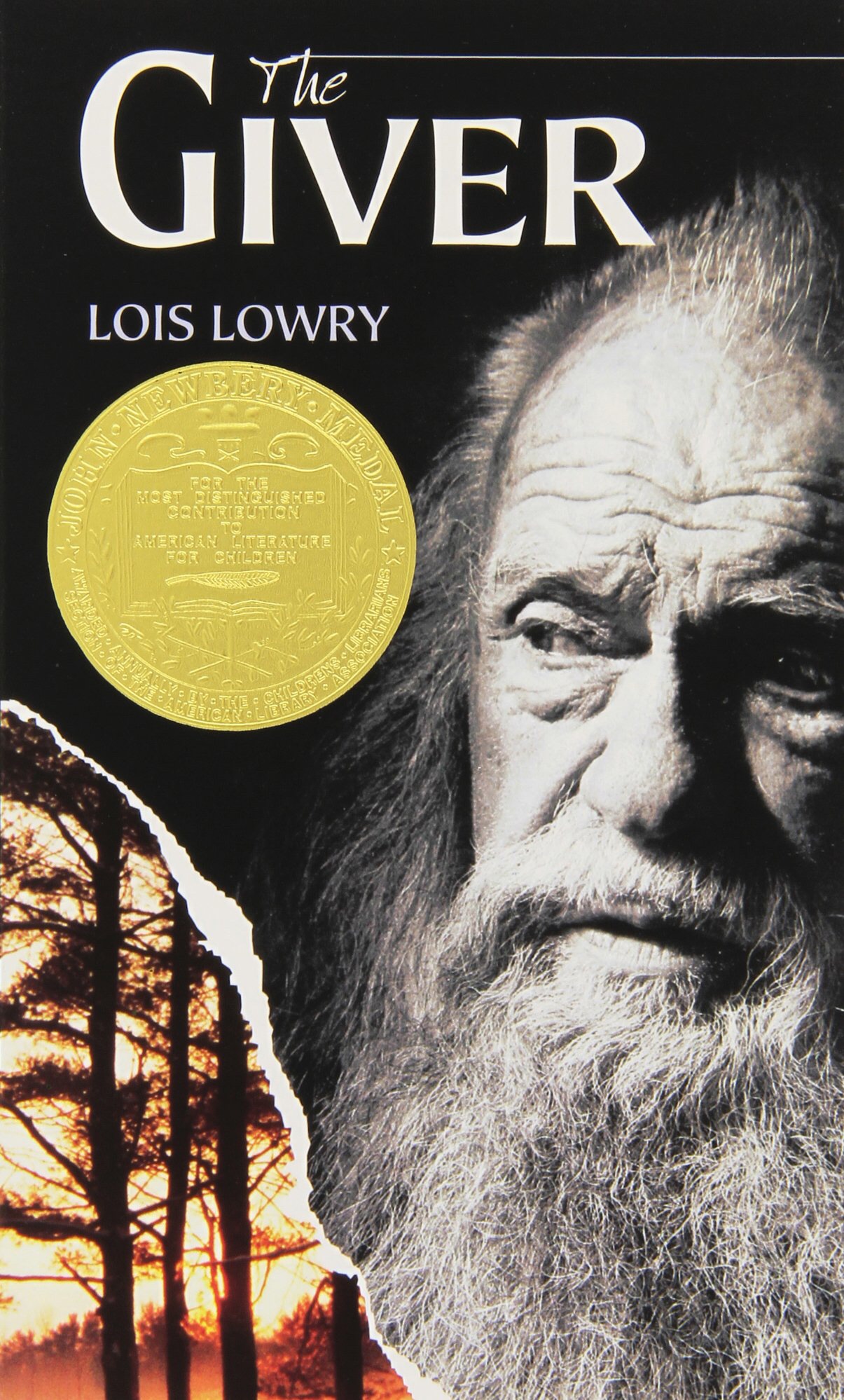 Not sure where Lois Lowry was my whole life. I read The Giver in my YA Lit class in college too. Lowry would be an example of writing YA Lit the right way. Her simple sentences, yet visually vibrant word choices astound me. She takes intangible things like value and love, purpose and truth and makes them come alive in a way that you literally want to hop inside the page to be with the characters. And her endings are just art. She is one author with which I can never guess how each of her books will end. The Giver’s ending still floors me every time.

So first can I just say what we all know, that Tolkien is a master storyteller. All of his books have changed my life. But the Hobbit really started it all. I remember the day I first picked it up. That day I think I grew up a little bit, dove into the world of story in a bigger way than I ever had before. I laughed so much through this book. How I love and adore the world of Middle Earth. And because of The Hobbit I read Lord of the Rings, so enough said.

So now here we are at my number one book. Again, it is so extremely hard to pick one Ted Dekker book. All of them have influenced me so much. But if I had to pick one, I think it would be Black, the first book in The Circle Trilogy series. I think in this book and it’s accompanying two books was the first time I truly understood the power of the cross, the power of Jesus’s blood and resurrection. The way Dekker takes those truths and puts them into fictional story still gets me every time. Like all good books I’ve read this book multiple times too. I’ll just leave you with this quote.